We are updating this page regularly –> please keep checking! 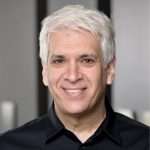 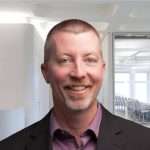 Malcolm Harkins Malcolm is Chief Security & Trust Officer with Epiphany Systems. He is responsible for enabling client growth with optimal information security infrastructure, systems, policies, and processes. He is also independent board member and advisor to several organizations. He is also an executive coach to CISOs and others in a wide variety of information risk roles. Malcolm engages in a wide variety of peer outreach activities to drive improvements across the world in the understanding of cyber risks and best practices to manage and mitigate those risks. Key areas of focus include the ethics around technology risk, social responsibility, total cost of controls, and driving more industry accountability.
Previously Malcolm was the Chief Security and Trust Officer at Cylance as well as Cymatic. In these roles he reported to the CEO and was responsible for enabling business growth through trusted infrastructure, systems, and business processes. He had direct organizational responsibility for information risk and security, as well as security and privacy policy. Malcolm was also previously Vice President and Chief Security and Privacy Officer (CSPO) at Intel Corporation. In that role Malcolm was responsible for managing the risk, controls, privacy, security, and other related compliance activities for all of Intel’s information assets, products, and services.
Before becoming Intel’s first CSPO he was the Chief Information Security Officer (CISO) reporting into the Chief Information Officer. Malcolm also held roles in Finance, Procurement, and various business operations. He has managed IT benchmarking and Sarbanes-Oxley compliance initiatives. Harkins acted as the profit and loss manager for the Flash Product Group at Intel; was the general manager of Enterprise Capabilities, responsible for the delivery and support of Intel’s Finance and HR systems; and worked in an Intel business venture focusing on e-commerce hosting.
Malcolm previously taught at the CIO institute at the UCLA Anderson School of Management and was an adjunct faculty member at Susquehanna University in 2009. In 2010, he received the RSA Conference Excellence in the Field of Security Practices Award. He was recognized by Computerworld as one of the Premier 100 Information Technology Leaders for 2012. (ISC)2 recognized Malcolm in 2012 with the Information Security Leadership Award. In September 2013, Malcolm was recognized as one of the Top 10 Breakaway Leaders at the Global CISO Executive Summit. In November 2015, he received the Security Advisor Alliance Excellence in Innovation Award. He is a Fellow with the Institute for Critical Infrastructure Technology, a non-partisan think-tank providing on cybersecurity to the House, Senate, and a variety of federal agencies. Malcolm is a sought-after speaker for industry events. He has authored many white papers and in December 2012 published his first book, Managing Risk and Information Security: Protect to Enable®. He also was a contributing author to Introduction to IT Privacy, published in 2014 by the International Association of Privacy Professionals. The 2nd edition of Malcolm’s book, Managing Risk and Information Security: Protect to Enable®, was recently published in August of 2016. Malcolm has also testified before the United States Senate Committee on Commerce, Science, and Transportation on the “Promises and Perils of Emerging Technology for Cybersecurity”. He has also testified at the Federal Trade Commission hearings on data security.
Malcolm is on the board of directors for TrustMAPP and the Cyber Risk Alliance. He is also an advisor to the Yahoo, Cyvatar, Safebreach, Arista Networks, BlackCloak, Eclypsium, Immersive Labs, as well as a few other emerging Cybesecurity start-ups.
Malcolm received his bachelor’s degree in economics from the University of California at Irvine and an MBA in finance and accounting from the University of California at Davis 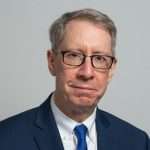 Ross Delston is an independent American attorney and former U.S. banking regulator at the FDIC who has specialized in Anti-Money Laundering / Countering the Financing of Terrorism (“AML/CFT”) issues for over 20 years. Ross has participated in the monitorships of AIG and BNP Paribas and has been a consultant to the IMF on AML/CFT and banking matters since 1997. On behalf of the IMF, Ross has participated in nine AML/CFT assessments of offshore financial centers, including Jersey, Bermuda, and St. Vincent. He was also a consultant to the World Bank on banking issues from 1998 – 2014.
In addition to law and consulting, Ross has been named as an expert witness on AML matters in 20 civil and criminal cases, including on behalf of the U.S. Attorney’s Office (SDNY) in U.S. v. Prevezon, a civil forfeiture action, and testified virtually in a Canadian court for three days on behalf of plaintiffs in Joint Liquidators of Stanford International Bank v. TD Bank, a case arising from one of the largest Ponzi schemes in recent decades.
Ross has been quoted on AML and banking issues in the New York Times, Washington Post, Wall Street Journal, New Yorker, American Banker, the Nikkei (Japan), and the Times of London. He has presented on AML/CFT issues at FinCEN, the FDIC, IMF, the Peoples Bank of China, the Reserve Bank of India’s Staff College, and at numerous conferences and seminars throughout the world.
Previously, he was a Consulting Counsel, IMF; Of Counsel, Jones Day; Assistant General Counsel, FDIC; and Counsel, U.S. Export-Import Bank. Ross is a Certified Anti-Money Laundering Specialist (CAMS), a CAMS trainer, and a CipherTrace Certified Examiner (CTCE). He attended the George Washington University and its law school before you were born. 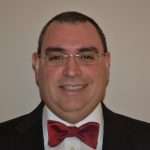 Senior executive with over 25 years in the information and cyber security space with a passionate focus on technology, strategy, and business growth. Javier possesses strong acumen inclusive of architecting and executing strategic plans and cyber disruption & innovation roadmaps.
With a demonstrable leadership record centered in efficacy, he has successfully strategized a wide arrange of initiatives in the areas of governance, risk, and compliance, cyber security due diligence, and disruptive transformation. He enjoys vast experience as Chief Technology and Information Security officer, driving cost down, improving tech life cycle, and enhancing quality & efficiency of the security posture.
Presently, he serves as the Mexico Chief Information Security Officer for a top 20 Global Bank. 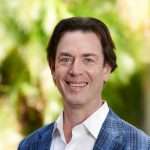 Howard Miller is currently the Chief Information Officer at UCLA Anderson School of Management. Prior to joining UCLA, Howard was the Acting Chief Information Officer and CISO at the Columbia University School of Business, leading both the Information Security and Project Management Office functions.
Howard is an accomplished executive and senior IT leader with expertise in the design, development, and deployment of technical strategy and policy.
Howard holds an MBA degree in Management Information Systems and a Bachelor’s Degree in Computer Science from Rensselaer Polytechnic Institute. Howard also has several professional certifications including a PMP, CISM and CRISC.
Howard enjoys spending free time with family, watching sports and staying fit. 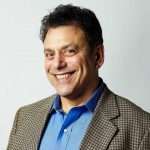 Richard, a well-known Cyber Security leader, evangelist, advisor, and speaker, brings over 30 years of management experience, including being a CISO for 15 years. He is an ISSA International Distinguished Fellow, is on their Honor Roll, and is president of the ISSA Los Angeles Chapter. He has been on the OWASP Global Bd, and led the OWASP LA Chapter for many years.

You may have heard Richard’s interview as a Cyber Security expert on Will Ferrell’s Ron Burgundy podcast:

No stranger to the boardroom, analyst, and investor community, Laz is an early stage investor and advisor to some of the most innovative companies in technology and cyber security. He is a Tech Partner at Rally Ventures and advises companies about trends with technology, cyber security, and go-to-market strategies. 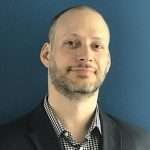